Everything You Now Need to Know About Term Limits for Directors 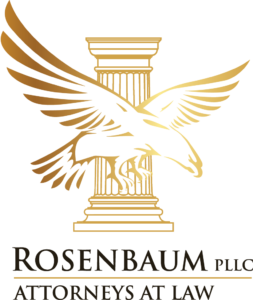 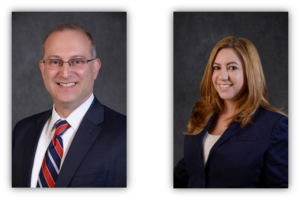 As election season approaches, condominium associations have been struggling with the Florida Condominium Act’s new term limits for condominium board members.  The legislature attempted to clarify this section during its last session, resulting in the following language:

A board member may not serve more than 8 consecutive years unless approved by an affirmative vote of unit owners representing two-thirds of all votes cast in the election or unless there are not enough eligible candidates to fill the vacancies on the board at the time of the vacancy.

Section 718.112(1)(d)2., Florida Statutes.  It is now clear that the statute prevents any board member, regardless of the length of their term, from serving on the Board of Directors of any condominium association for more than eight (8) consecutive years, unless (i) there are not enough eligible candidates to fill the vacancies; or (ii) their continued service has been approved by a vote of unit owners representing two-thirds of all votes cast in the election.  The affirmative vote exception to the term limit statute has changed since last year.  Last year, an affirmative vote of all unit owners was required, whereas this year the affirmative vote that is required is simply two-thirds of all votes cast in the election.  Since only twenty percent (20%) of eligible voters must cast a vote in order to have a valid election, this change makes the affirmative vote for continued service of a long term board member more achievable.

So, what didn’t the legislature clarify?  The legislature did not clarify the big question—does the statute apply to board members who meet or exceed the eight (8) year term limit as of the date the statute was enacted, or do we start counting years of service after the effective date of the statute?  Recently, the Department of Business and Professional Regulation, Division of Florida Condominiums, Timeshares, and Mobile Homes (the “Division”) issued a Declaratory Statement to a condominium association in Marco Island, advising that years of service prior to the effective date of the statute would count towards a determination of the eight (8) consecutive years of service.  Thus, if at the time of the election any current board member who is up for election has already been on the Board of Directors for eight or more years, that person would not be eligible to serve again unless one of the two exceptions are met.  While there is much debate amongst association attorneys as to whether the Division correctly interpreted the new version of the statute and how much weight should be given to this declaratory statement, it is the only written guidance we have received from the Division on this issue.  Moreover, the Division decides condominium election challenges.

In light of this recent Declaratory Statement, it seems that the best way to avoid an election challenge in your condominium’s next election is to ensure that one of the two (2) identified exceptions are satisfied for any current board member that is up for election and who meets or exceeds the eight (8) consecutive year term limit, including prior years of service.  If this is an issue that your condominium association is facing in its upcoming election, we recommend you discuss these requirements further with association counsel.

Rosenbaum PLLC represents community associations throughout Florida and focuses on condominium and homeowner association law, real estate law, civil litigation, land use and zoning, and commercial transactions. The information provided herein is for informational purposes only and should not be construed as legal advice. The publication of this article does not create an attorney-client relationship between the reader and Rosenbaum PLLC, or any of our attorneys.  Readers should not act or refrain from acting based upon the information contained in this article without first contacting an attorney, if you have questions about any of the issues raised herein.  The hiring of an attorney is a decision that should not be based solely on advertisements or this article.