Rosenbaum PLLC Announces the Completion of the Purchase of International Polo Club in Wellington, Florida for Wellington Equestrian Partners, LLC

Recently Rosenbaum PLLC represented our long-time client, Wellington Equestrian Partners LLC, in its purchase of the world-renowned International Polo Club (“IPC”) in Wellington, Florida.The purchase of IPC included 248 acres of real property, in which the main stadium venue and polo activities take place, a private club with spa, fitness center, tennis courts, pool, The Mallet Grille restaurant, and The 7th Chukker lounge. The firm handled the entire transaction, including contract negotiations and drafting, inspections, due diligence, title review, and closing of the purchase, facilitating our client’s acquisition of IPC.

Wellington and the equestrian community was full of speculation upon learning IPC was for sale, and, in March, 2016, Mark Bellissimo, CEO of Wellington Equestrian Partners, formally announced that Wellington Equestrian Partners had entered into an agreement to acquire IPC, including not only the core IPC club facilities, but also the surrounding properties. Wellington Equestrian Partners, which also owns the Palm Beach International Equestrian Center, the Equestrian Village and the Wanderer’s Club, announced that it wanted to “ensure that IPC was going to be protected as a long-term venue for polo and other equestrian sports, which is key to Wellington’s economy.” The equestrian world anxiously awaited further news on the proposed sale, and, in late April, 2016, the transaction was closed. Mr. Bellissimo confirmed the completion of the IPC acquisition on April 30, 2016. He announced that the partnership would be “expending significant resources to ensure that the facilities and the polo fields are second to none,” and its commitment to “maintaining the same High Goal Polo calendar for 2017 and beyond.

The purchase of IPC was a highly complex transaction, involving extensive real estate and business assets. We worked closely with our client to ensure that our client was protected and received the full benefit of its bargain. The firm handled all legal issues in the transaction, including contract terms, title, land use, assignment of contracts, and other business issues relating to the ownership and operation of IPC. This transaction was highly confidential until Wellington Equestrian Partners’ announcement of the contract in mid-March. 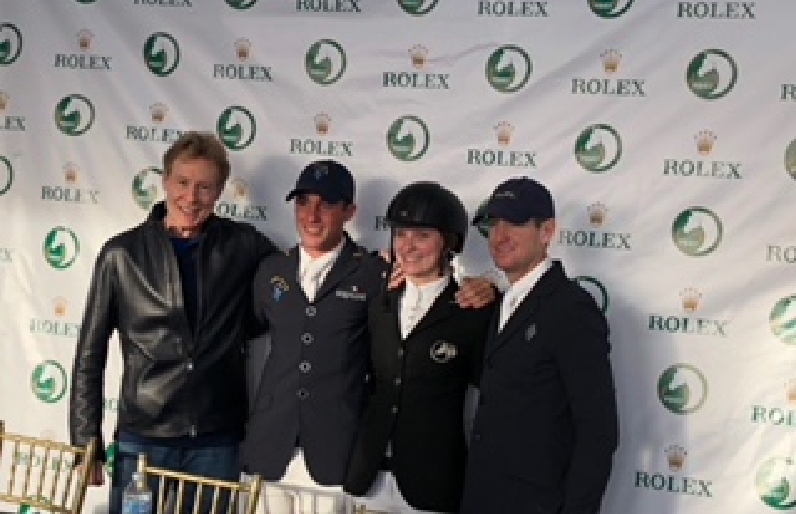 Photo of Daniel S. Rosenbaum with the winners