On January 14, 2018, the Palm Beach International Equestrian Center conducted the Rosenbaum PLLC $75,000 Grand Prix.  The competition initially involved 45 riders, 15 of whom qualified for the final face off.  Nineteen year-old Emily Moffitt took first place with Tipsy Du Terral.  Second place went to Mattis Tromp, and third place went to Mclain Ward. All of the riders did a magnificent job to finish the first week of the Winter Equestrian Festival in Wellington, Florida.  Rosenbaum PLLC has been a proud sponsor of these types of functions at the Palm Beach International Equestrian Center and other venues operated by the Wellington Equestrian Partners, LLC for many years, and will continue to sponsor these events which culminate in the athletes who ultimately ride for the United States Olympic Team.

Managing Member, Daniel S. Rosenbaum, presented the awards to the winners pictured above.  To the left of Mr. Rosenbaum is Katherine Bellissimo and to the right is David Rosenbaum, Diana Rosenbaum, Dina Rosenbaum, Samantha Yaques and Tatiana Yaques. 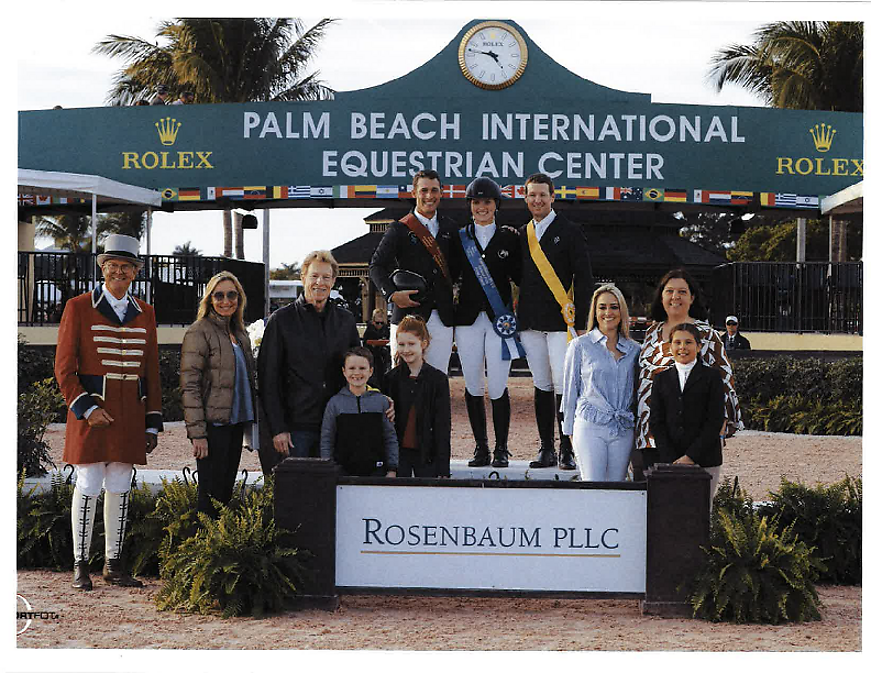